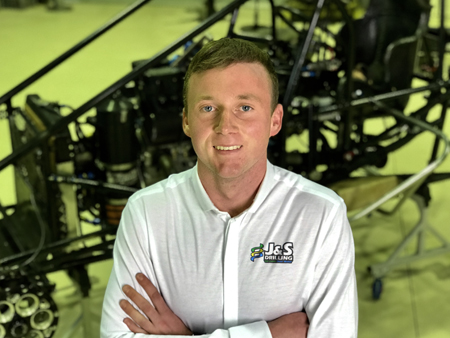 One of Australia’s brightest young Sprintcar stars will embark on a calendar-cramming fifty night race schedule over the 2019-2020 speedway season, traversing the nation between two teams.

“This is a phenomenal opportunity,” McHugh said, while taking a break from a solid off-season gym session. “John was looking at someone young to take over the seat from (previous driver) Kaiden and John’s close friend Dave Horrell recommended me, so I’m really grateful to Dave for the recommendation and can’t wait to repay John for the opportunity.”

McHugh is well aware that switching between the two cars could pose some challenges but was confident that similar engines would help the transition.

“Both cars have Inglis based engines so that’s very helpful even though we run different chassis. The power delivery is the main thing, plus I’ve got Keith Giles as crew chief in the J&S car, so I’m really looking forward to driving for a crew chief who’s worked with the best in the world.”

Giles was upbeat about McHugh’s appointment, savoring the chance to work with another young driver who’s already displayed extensive talent.

“We had a shortlist of four young guys, but we looked at his background in karting and that he was raised in a family team where he’s learned to race hard but not tear up gear too much. John was really impressed with his work ethic and that he’s studying at University and that he doesn’t blow his own trumpet, so we both think he’s an excellent fit.”

“I think it’s a strong combination and we’re aiming to be a top-five contender in World Series, but as long as we finish the season clean, we will have achieved everything we wanted to do in our first season.”

McHugh’s first outing for the season will be on the high banks of Toowoomba’s Hi-Tec Oils Speedway on September 28 for the Carnival of Power.